On July 24, 2013, Pang Young, chairman of the Board of Directors of Zhejiang Youth Automotive Group, said at a major media communication meeting in Beijing that the youth car had already withdrawn from the Haining Auto Parts Project and the Liupanshui project, and gathered the Group's advantages and high-quality resources to build a good Zhejiang. Hangzhou, Jinhua, Shandong three bases. 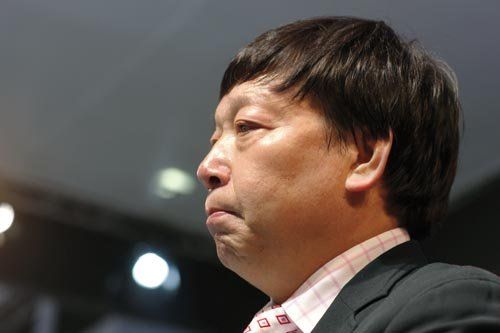 According to Pang Young, a Haining project parts and components project, young people originally only agreed to parts and components projects, but the local government requested that vehicles be completed. Young cars think that it is difficult for the vehicle to be approved. Later, the youth and the government discussed the termination of the project. The two parties reached a plant and land. The investment and interest are repurchased by the government. There is no loss on both sides, and investment can be reinvested into the three bases.

The Pangyang Liupanshui project for media reports replied that the original Liupanshui area had a large amount of coal mining and agreed with the local government to produce mine dump trucks. As the countryâ€™s coal import and mining volume dropped drastically, there was no large demand for mine dump trucks, plus the Liupanshui project. Land purchases and projects have not been completed. The agreement has been negotiated with the local government.

Due to the lack of prudence in decision-making on investment projects in the coastal and western regions, Pang Yang stated that in the future investment in the project, it is necessary to seize the opportunity while carefully selecting the input projects.

According to the analysis, the upswing of youth car ownership in the project circle has been quite common in the mainland for nearly three decades. Why didn't you enjoy this year? The theme of this year's New Deal outline is the sensible growth rate in the contraction - the 7'5 is a lever. Never empty capacity. The strategy of the Youth Automotive Group is to build strong commercial vehicles, stabilize cars, and make smart new energy vehicles.

Haining and Liupanshui depend on the coast and one is in the west. As a private enterprise, a young man is a car builder. He insists on making a match with Lalang, greed for the ocean, money, and then another idea. Is it impossible to engage in a â€œChinese dreamâ€ that is not a youth car?

When talking about new energy buses, Pang Youth said that the battery developed by the youth car last year was charged 4 minutes and 27 seconds, mileage was 200 miles, and a service life of more than 2 million kilometers was provided free of charge in the Hong Kong Kowloon bus.

On July 11 this year, Shao Shanbo, chief consultant of the Hong Kong Central Policy Unit, and Li Deqiang, the urban planner, went to a youth car to inspect and thought that the new energy battery of the youth car is competitive. It also plans to transform all public buses operating on the main roads of Hong Kong into new energy within three years. This year, 300 million Hong Kong dollars will be spent on the transformation of the old line of new energy buses.

According to reports, Hong Kong's new energy buses are about RMB 3 million each.

The high and low levels of manufacturing in a country represent a countryâ€™s high standard of living and the comfort of everyday life. The difficulty in improving the manufacturing level and transformation now will leave many savings resources for future generations. This is the experience that young cars get through many detours. Youth Automotive is willing to be the guide for high-end manufacturing in the industry.

Pang Yang, who has had 17 years of experience in the market, has deep feelings about high-end manufacturing.

When talking about the two major car bases in Shandong and Zhejiang, Pang Yang said that the Shandong car base is a key cooperation with Malaysian Proton Lotus. Zhejiang Hangzhou Bay Base is the focus of cooperation with the British Lotus.

Each base's production and market segmentation are different. Both major bases have production conditions in all aspects. This year plans to sell 100,000 vehicles. It is planned to reach 200,000 vehicles in 2014.

When talking about how individuation of autonomous technology has been for 17 years, Pang Yang believes that how can the technology of others be turned into their own technology? There is no lazy way, one is through introduction, digestion and absorption; the other is through continuous technology innovation through the purchase of funds and conversion of talents; the third is the formation of passenger cars through technology reserves - Neoplan, trucks - - German Man, full range of cars - Spyker, Saab, Lotus three major technical systems.

Pang Yang believes that the youth car as a plane, the plane has a runway to take off safely on schedule, and now young people do not want to use 7 million reverse research and development of cars, desperate to spend 2 billion to rebuild the Saab platform. Nowadays, young people in technology are armed to their teeth, but in stages and batches of market practice, they can be transformed into commodities that people like and stimulate domestic demand. Young cars are still a private company with limited influence but do not admit defeat.

When asked how to recognize the â€œthree guaranteesâ€ of the car to be put into operation, Pang Yang believes that young people have always been â€œtwo highs and one lowâ€, and passenger cars and truck brands Neoplan and Man are â€œtwo highsâ€ and â€œlow ones. "It means that the youth lotus is of high quality. With high cost performance, the quality of young cars is first, and it will surely follow the policies issued by the state.

"The dream of the youth car ------- is to make every trip to China's ordinary citizens have a safe travel dream."

Pang Young, chairman of the Youth Automobile Board just flying from Xiamen to Beijing, said.