The consumption upgrade in the Chinese market undoubtedly brought another wave of market dividends to the luxury car market.

Looking at the sales performance of the luxury market in the first three quarters of this year, the average double-digit increase has become an established fact. Based on the sales data for the first nine months of this year, the total sales of Mercedes-Benz from January to September totaled 443,000 units, a year-on-year increase of 29.9%. No matter whether the total sales volume or the growth rate was ranked first in the luxury camp. With BMW accumulating a 15.2% cumulative growth rate behind Mercedes, in the first three quarters, Audi was temporarily behind and accumulated sales were 419,000 units, down 4.9 percentage points year-on-year.

Mercedes-Benz may lead the luxury car market in the fourth quarter, but does not rule out Audi's overtaking

Facing the fierce competition in the first camp, based on the sales performance of ABB in the first three quarters, the industry predicts that in the fourth quarter, Mercedes-Benz may still be the leader in terms of sales volume and growth, and in 2017, it will climb the throne of the luxury brand sales championship. At the same time, the first camp of luxury cars will face reshuffle.

As one of the earliest luxury brands to enter the Chinese market, Audi has a huge market presence in China. At the same time, its long-standing consumer reputation has quickly evolved into a Chinese â€œAudi complexâ€, together with its domestic models. Recently, there has been a good discount in the terminal market. Therefore, it is not impossible for Audi to take the lead in the fourth quarter and take the position of the luxury brand sales leader again.

The second luxury camp, Volvo's development potential can not be underestimated

In addition to the fierce competition in the first camp, the second camp force behind them is not to be outdone. In particular, after Cadillac, Jaguar Land Rover and Lexus have passed the threshold of 100,000 annual sales, the gap between brands has narrowed further. .

Last year, Volvo, which was only one step away from 100,000 vehicles, continued to exert its force this year, accumulating 82,000 vehicles in the first 9 months, an increase of 29.9% from the same period of last year. This growth rate is quite impressive in the second luxury camp. In this survey, 37% of readers are optimistic about Volvo's performance in the fourth quarter.

In fact, as one of the earliest companies to propose a comprehensive electrification development strategy, Volvo has been at the forefront of the market in newer energy vehicles and smart networking. This year, as the new S90 luxury sedan has been exported from the Daqing factory to the United States and Europe, Volvo's globalization process continues to accelerate.

With regard to the global sales volume of various market segments, China is undoubtedly the largest single market for Volvo. As for specific products, the domestic production of Volvo XC60, S60L, and S90 is its main driving force for growth. Next, as the CMA architecture platform is completed and put into production, Volvo will accelerate its product introduction and its market prospects in China will continue to improve.

According to the sales performance in the first nine months of this year, Cadillac is temporarily leading the second tier with a cumulative sales volume of 125,000 units. Due to its favorable growth trend, 34% of readers in the fourth quarter auto market survey considered it to be The second largest luxury camp has the greatest development potential.

In addition, in the second luxury camp, Lexus and Jaguar Land Rover are also expected to perform this year.

Regarding the sales performance of luxury brands in various market segments, 68% of readers believe that the mid-sized luxury SUVs will experience a larger increase in the fourth quarter. This judgment is related to the fact that the increase in the overall SUV market is significantly higher than the average market level. On the other hand, it is also related to the emergence of major models for luxury brands in the medium-sized SUV sector.

Medium SUV sales in the most recent year

In the luxury medium-sized SUV field, the Audi Q5, Mercedes-Benz GLC, Cadillac XT5 and Volvo XC60 all have a good market performance. Recently, the news of the replacement of the Volvo XC60 and the Audi Q5 came, and on the occasion of the replacement of the old and new models, the current Volvo XC60 recently launched a "value" financial policy. With a series of preferential benefits, I believe the Volvo XC60 will climb further in the fourth quarter. At the same time, in the peak sales season at the end of the year, the luxury medium-sized SUV market is expected to grow significantly with the series of concessions.

Among them, as far as the Volvo XC60 is concerned, the latest news shows that the new XC60 will be available this year. The new models have already started debugging work in Chengdu. It is reported that the new XC60 is built through the Volvo SPA architecture. This platform architecture adds many new software and features, and Volvo needs to ensure that the improved production line meets the quality standards of these new functions. Therefore, at the beginning of product production, Volvo not only has a quality inspection station at the end of each production line, but also improves the product's passing rate through various methods such as automated inspection, road test, and nose group. Under the rigorous process and quality inspection system, Chengdu factory's one-off pass rate of qualified products is as high as 94%, which is 24% higher than the average pass rate of the industry. This is very rare in the industry.

In addition, 27% of readers are optimistic about the performance of the luxury C-Class in the fourth quarter. In fact, the domestic C-class car market has always been the world of luxury brands, Audi A6L, BMW 5 Series, Mercedes-Benz E-class, Cadillac XTS and Volvo S90 and other luxury brand star models are present in this market. However, subject to the overall sluggish car market, this year, the growth rate of the luxury C-class car market has gradually narrowed. Based on this sales trend, in the fourth quarter, the growth of luxury C-Class vehicles will not be as good as that of the luxury medium-sized SUV market.

Conclusion : Overall, it is an indisputable fact that this year's growth in the luxury car market is significantly ahead of the market average. However, the competition between the brands is also exceptionally fierce. Last year, Mercedes-Benz has already demonstrated a strong growth rate. Based on its market performance this year, at the end of 2017, Mercedes-Benz will most likely climb the championship of luxury brand sales. s position. In the second luxury camp, Cadillac has already achieved a certain distance from Jaguar Land Rover by significantly leading the average growth rate of the market, but at the same time, Volvo's development potential should not be underestimated.

Of course, the competition of luxury brands in various market segments is still concentrated in the two incremental markets of luxury C-class cars and luxury medium-sized SUVs. However, luxury mid-sized SUVs have more room to grow than luxury C-class cars. In the fourth quarter, the new XC60 of the Volvo mid-size SUV will be launched. With the strict manufacturing process and world-renowned quality of Volvo, we will wait and see if this model can rewrite the luxury medium-sized SUV sales ranking in the future.

Our pulse jet valve with high performance diaphragm, and construction with material as bellow:

Diaphragm and seals: Nitrile or Viton 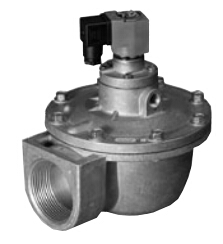 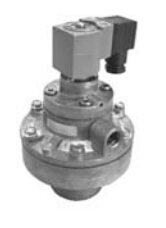 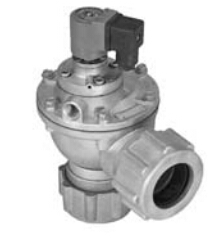 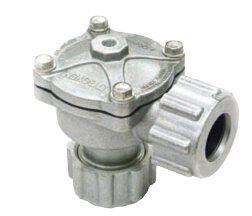